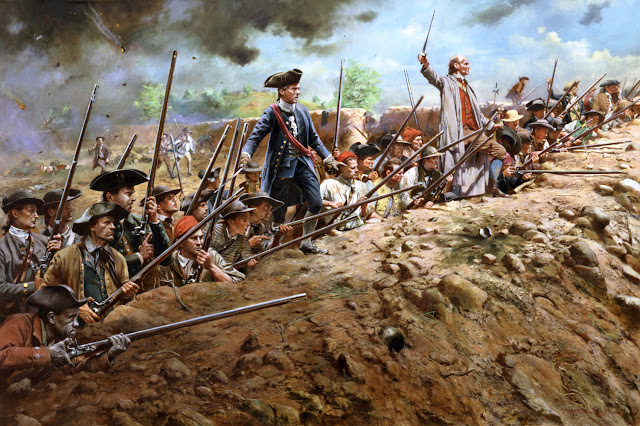 “We will not recognize the true value of our own lives until we affirm the value in the life of others..”

Quincy, Ma., June 17th, 1775: John Quincy Adams stands upon a mountain beholding the British-American Battle of Bunker Hill, a sweeping conflagration encompassing two hills, the shore line, and water. An awesome sight of what was thought to be the most highly-trained, most well-dressed soldiers in red coats & white against a rag tag army of poor, untrained civilians. The scene took place in Boston Harbor with awesome man-of-war ships cannoning onto land, and ranks of soldiers both ‘holding the line’ and charging forward against each other.

What is the value of liberty?
What moves fellow man to pick up the gun
and defend the liberty of his life and that of his fellow countrymen?

John Quincy Adams was nine years old as he watched the scene of gallantry, horror, and spectacle with his mother. His father, a leader in the Continental Congress, was not in the battle on that hill with a musket defending his countrymen, but in Carpenter’s Hall, Philadelphia ingraining and guarding the prioritization of values that would serve as the ballast for a constitutional law based on liberty. He had no military uniform, no gun or security detail, but he was incredibly important to the direction of the nascent formation of American idea. A gentleman farmer and lawyer of the spoken word and quill pen. His legacy of being good and doing good, even if it was not the popular action would resound with John Quincy far deeper than the sound of the cannons and musket fire of that long forgotten early battle of the Revolutionary War.

The father strongly believed in observing and practicing the rule of law as a means for the safety and protection of the common liberty of all. He himself was sought after by the British crown for his humane, just service in defending British soldiers ambushed and violently attacked by an incited mob of two hundred American colonials years before. Five British American colonialists were killed. Yet, in the court of law, it was found that the intention of the unruly mob was confrontational and was meant to provoke a violent response from the soldiers who defended themselves in the 1775 event known as the ‘Boston Massacre.”

Why does John Adams step forth from among the people,
standing alone on the side of justice?

Father, son, and mother, Abigail, led a life of ‘awakened’ Godly devotion to establishing the most correct permanency of the United States of America. Each of these three individuals, in their own way, sacrificed and gave their all for the establishment of the idea of justice for all, that therein there be the safety and protection of liberty for all.

John Adams defended the unpopular because he believed in God’s way. Was it about defending England’s interest or about doing the right thing? How would have the common liberty of the people been denigrated if no lawyer showed to the court that it was possible to discern that the 1770 event was somewhat skillfully calibrated against the British soldiers in order to trigger a lethal skirmish, ultimately positioning a furtherance of might over right?  John Adams stopped that narrative. He also disallowed the use of the courts as a political football, instead, he dismantled the arguments of the prosecutor with truth and resolve.

Defend the rule of law;
the idea of government
is derived from the one, true loving God, whose name is Just.
His holy book, the “perfect law of liberty.”

The case was important because it provided the necessary precedent that emphasized justice before mob rule. The steadfast principles of John Adams established the dire importance of each decision in how the formation of the intellectual and military call for common liberty was ascertained. It was a good, critical step forward emphasizing precedent in the establishment of American spirit (prioritized ideation of values), marking the atmosphere of that time with the necessary instructional historical event required to continue the thought process of liberty later on in America’s national life.

His son exemplified the father in his own work: was it not John Quincy who concurrently raised up the need to immediately end slavery? A special congressional ‘gag order’ (1836-44) was placed on dismissing all talk of human slavery in order to stop him from maintaining it as part of the congressional conversation or being allowed to galvanize support against it. John Quincy defeated this order after eight years, with a strategic move of introducing a citizens petition calling for no less than the very end of the American union on the grounds that it was not living up to its ideal of justice and liberty for all!

John Quincy Adams valued human life to such an extent that he began chopping away at the root of an America that beheld slavery as a normalcy. This would not be his America, as July 4th would not be a day of celebrating the American triumph of liberty for Frederick Douglass who deftly and courageously called for smart, lawful provocation as long as justice and liberty for all was not a reality.

What if father John Adams merely declined to represent those soldiers in 1770? His was a demonstration of selflessness upon which to lean on. He wisely understood that the establishment of a sure valuable cultivation of root; a justice that safeguards our common liberties is more important than the whims of an incited motley crowd. If Dad would have taken his shoulder off that plow of doing good, would John Quincy Adams continue with the same passion and ardor of work for 67 years, upholding our liberty in the small and large matters as a language interpreter, an essay writer, a diplomat, congressional senator, a Secretary of State, our 6th President, and finally, a representative Congressman like no other? The devotion to be a watchful sentinel who valued the gardening and cultivating the prioritization of our foundational American ideas speaks of the selfless, down to earth wisdom of his parents, John and Abigail: that in America we have had the opportunity to start a style of civilization unlike any the world has ever experienced, a government of and for the people with justice and liberty for all. Both of these parents understood that the right education was instrumental in upbringing the best kind of American citizen; one who was active in their advocacy, just in their reasoning, and confident in their undertakings for the preservation of our founding principles.

The value of life rises and falls in the hearts and minds of the citizenry according to the quality of education they receive and the visionary goals of it therein. The value of life is not a trifle thought to entertain and release; likewise, the formation of the American citizen is of the most critical importance to cultivate. To that end, the value of life and the very spirit of America is greatly strengthened or denigrated in our children’s schools and our universities. The prioritization of our values and the clarity of understanding of what these values are is huge, and shaping community citizen leaders who are self-sufficient to also be active, advocating citizens is paramount. Otherwise, we have a nation of passive, thought-followers unto a small elite and an economic resilience that is paltry and cyclical at best, and an American spirit made of paper with no ballast at all.
Email Post
Labels: American Spirit education educators John Adams John Quincy Adams parents Presidents teachers value of life 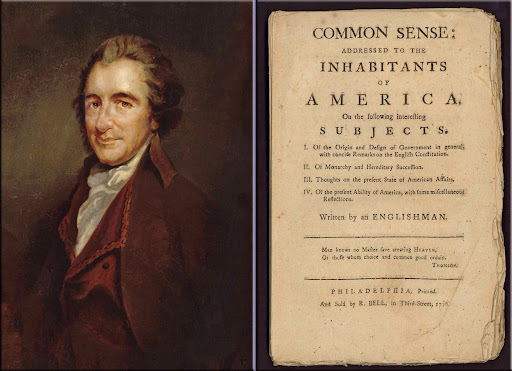